Discovering and preserving the diverse history

of Epsom and Mt Eden District.

A bit about the Society

Epsom and Mt Eden are significant areas in the early growth of Auckland city and have an interesting and diverse history.

The Epsom & Eden District Historical Society exist to promote interest in and awareness of the history of our area, and record those histories through online and printed media. Our journal, Prospect is published annually, containing historical articles and memorabilia.

The Society meets bi-monthly. We welcome new members who can add to, learn from, and contribute to the Society. We enjoy our work and hope you will too.

Register for membershipTell us about your story

We have an extensive knowledge of the Epsom & Eden area‘s history. Please contact us to see how we can assist you in your research. We also welcome you to submit your stories, photographs and memories to our local history publication, Prospect.

Submit your story to ProspectContact us

Read about the historical figures who helped shape Epsom & Eden into what we know it today. 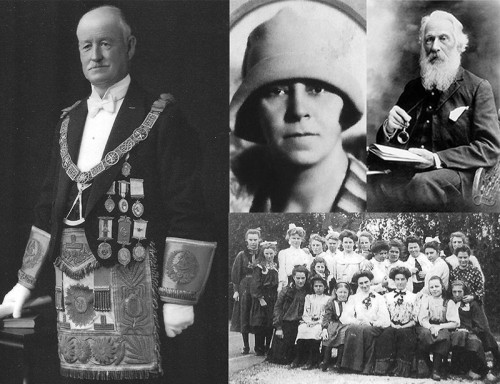 Our most recent publication is The History of Mount Eden – the district and its people. We also publish an annual publication called Prospect and have other titles that are no longer in print.

The History of Mount Eden: the district and its people

The new History of Mt Eden is published by the Epsom & Eden District Historical Society and follows on from the successful History of Epsom edited by Graham Bush which was published by the society in 2006. Two histories of the area have been written previously, one in 1956, celebrating the golden jubilee of the borough, Mount Eden’s First One Hundred Years by E C Franklin and The Changing Face of Mount Eden by Faye Angelo, written just before the borough amalgamated with Auckland City in 1989.

The book covers all features of the history of Mount Eden from Māori occupation of Maungawhau through to contemporary developments. Chapters cover a range of topics including the early history of the area, local body politics, Mount Eden Prison, religious institutions, businesses, sports clubs, art and artists, public transport and the social life of the area.

The book is available from Time Out Bookstore.

Prospect is the society’s annual publication containing historical articles and memorabilia. Copies can be obtained from the society. A contents list of previous editions is available here.

Maungakiekie means “mountain of the kiekie vine". Māori also knew it as “tōtara that stands alone".

Maungawhau means "mountain of the whau tree". The crater is named Te Ipu-a-Mataaho.